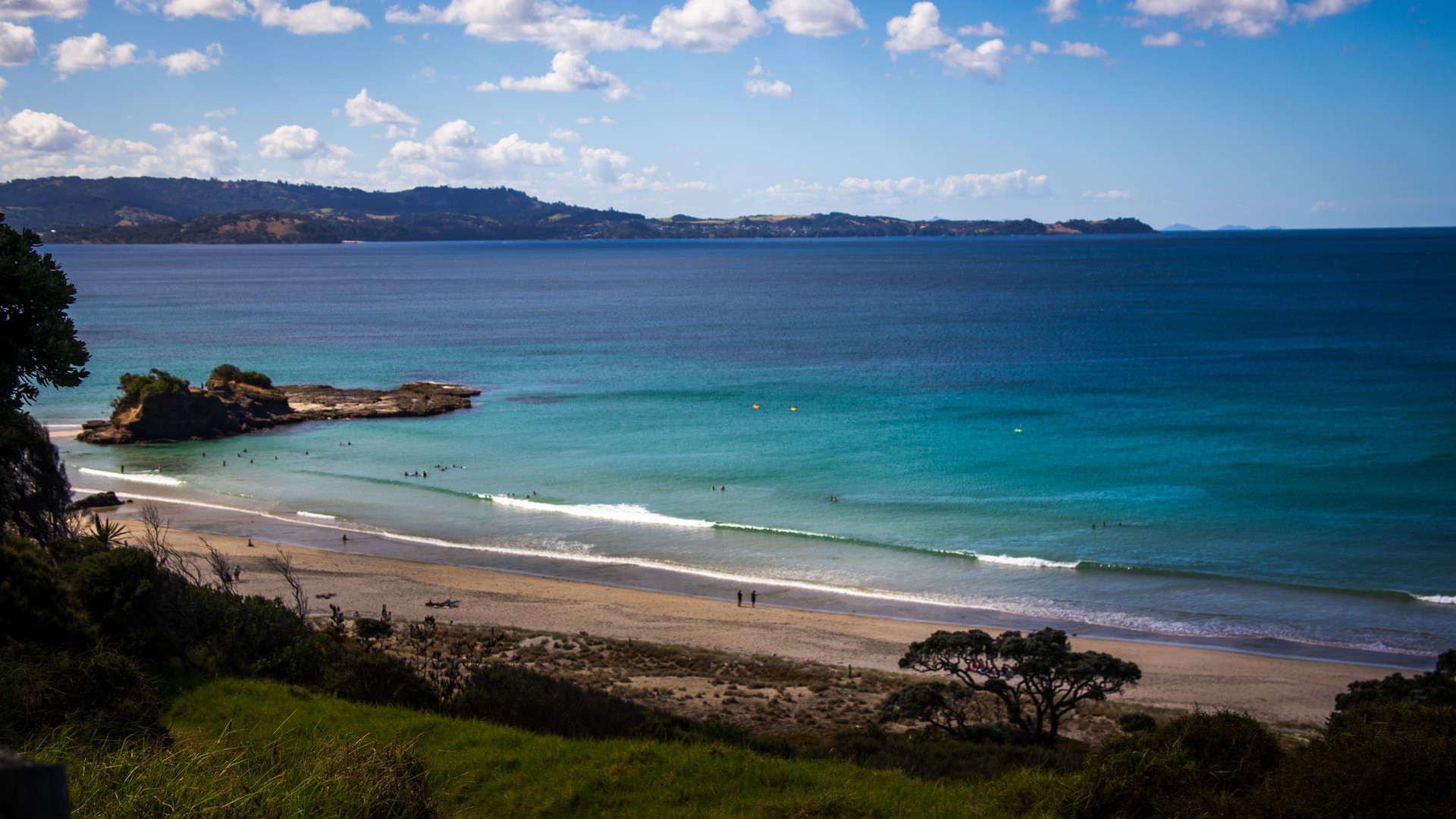 Tāwharanui Regional Park is New Zealand’s first integrated open sanctuary, bringing together conservation, sustainable farming and recreational activities in one spectacular coastal zone. Leave the dog at home – the Tāwharanui Open Sanctuary is protected by a predator-proof fence which has allowed nature to flourish. The bush is alive with birdsong from tui, kaka, bellbirds, North Island robins, saddlebacks, and red-crowned parakeets. The North Island brown kiwi is prolific and frequently spotted at night, and Tāwharanui is one of the rare places you can see endangered takahē in the wild.

Pick up a map at the park hut in Anchor Bay and head out on one of the five walking trails, including the 4km Ecology Trail and the 7km Maori Bay Coast Walk. Or take your mountain bike on the North Coast – South Coast loop for wide open views of the ocean and islands.

Pack a picnic and laze the day away on one of the quiet, pohutukawa-lined beaches where all you can hear is the sea and the birds. The rolling surf is perfect for boogie boarding and surfing, while the surrounding marine reserve offers great diving and snorkelling. At low tide, the intrepid can climb around the rocks at the south end of Anchor Bay, to find swimmable rock pools and blow holes.

The large Auckland Council campground tucked behind the dunes is a popular sport to pitch a tent or park up the motorhome (bookings essential). Facilities are basic, but even when fully booked you’ll still have plenty of space. The adjacent beach is rarely frequented by daytrippers, leaving the wide open expanse of soft white sand to the campers alone. If you’re looking for something less rustic, there are plenty of lodges, B&Bs, apartments and holiday homes nearby.

At night, the stars have to be seen to be believed. Bring an evening picnic and enjoy a twilight swim, or book a kiwi spotting tour and head out after dark for a close encounter with the national bird.

There are no shops at Tāwharanui, so stock up in Warkworth or Matakana before you head out. Bring plenty of water and sunscreen – once in the park, you won’t want to leave. A true nature-lover’s paradise, it’s hard to believe Tāwharanui is just 15 minutes from Matakana and a little over an hour from Auckland. Get back to nature on the Matakana Coast.